Richard Hart was interned without trial by the British Colonial Government for trade union and political activities. On Tuesday, November 3, 1942, Hart along with brothers, Kenneth and Frank Hill, and also Arthur Henry were held and taken off to Detention Camp by the Colonial Government who had justified their authority using the Defence Regulations. The men were believed to be held in connection with their organisation of trade unions (Railway, Post Office and Public Works) in government departments. They were also soon to be charged with “subversive activities” which were not connected with the trade union operations. Hart was released in March 1943. During his time in detention, he still maintained correspondence with comrades and was permitted visitations. 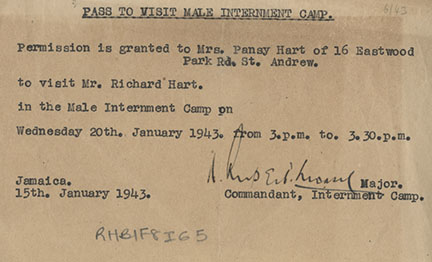 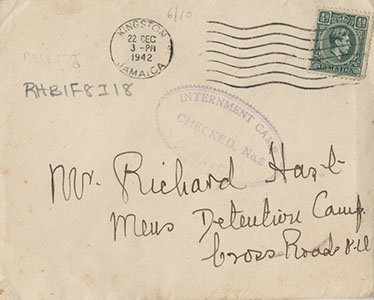 ← Hart the Politician
Hart in the Caribbean →
Hart in Detention