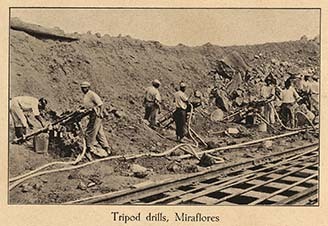 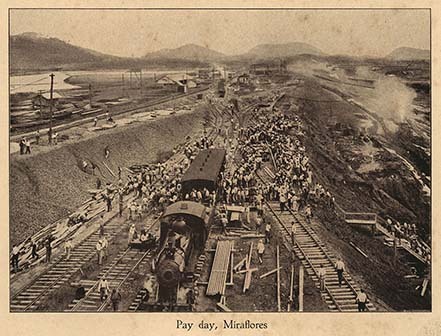 Jamaican recruits (1881-1889) worked for wages ranging from $1.20 - $2.00 (Colombian silver) per day for unskilled workers (Newton 110). The majority of Jamaican emigrants were from the peasant class. They were given the tasks to fell trees, clear bush, dig ditches, mend roads and lay rail. These tasks were difficult and required diligent labour as a result of Panama’s dense forests and long rainy season. Of course wages also varied depending on your immediate employer and race.  Skilled labourers could earn up to $5.00 per day. During the American phase of construction wages ranged from 10 cents to 32 cents (Panamanian Silver) per hour for West Indian labourers; European labourers were paid at a higher rate. Artisans earned between 16  and 84 cents per hour; white skilled workers and white American supervisors were paid in U.S. gold currency.

Many professionals and self-employed also migrated from Jamaica. There were Jamaican doctors, druggists, veterinary surgeons, pastors, teachers, newspaper compositors, proof readers and editors as well as a well-established merchant class consisting mainly of Jews (Senior). There were also artisans including, plumbers, carpenters, mechanics and electricians. Together with the railway workers, the clerks and the domestic servants, they presented a wide cross-section of the Jamaican population.