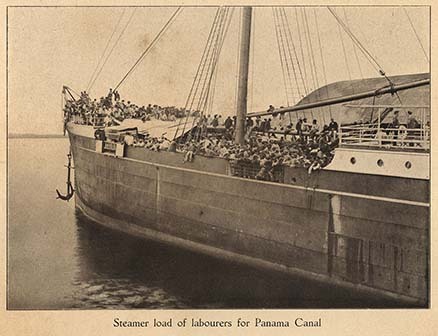 During the first phase of canal construction many ships began calling at West Indian ports on the way to Colón. After contracts were signed (after 1904) or terms of recruitment explained, arrangements were made for transportation.  Velma Newton writes of “great excitement” surrounding the departure of emigrants who usually arrived very early carrying chairs, beds, food or other possessions. Most of the emigrants were deck passengers and were expected to find their own food and sleeping space. After about twelve days of sailing they arrived in Colón where they were met by canal officials and sent of to various sections to work. After a few weeks some left their work in search of other opportunities.