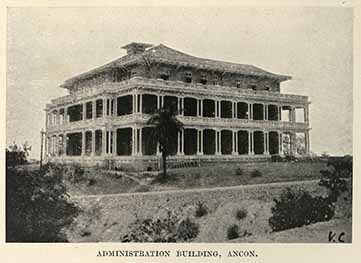 At the Culebra Cut, Panama Canal

The number of black persons in Panama had tripled to 20,000 between 1905 and 1907. This rapid growth in the West Indian population sparked concerns among Panamanians particularly because of the differences in religion, language and social customs. Americans and Panamanians were hostile towards blacks and discriminated against them as evidenced in wage, housing, social interaction and division of labour.

The police force at the Canal Zone (comprised of disbanded army men) was even described as being the most dreaded group to the West Indian. They “made no apparent effort to conceal their contempt for the Negro foreigners,” (Anguizola 1960).

The Gold and Silver Men

Under the leadership of the Americans, racial segregation was institutionalized as evidenced in the gold and silver system which obtained. The West Indian and unskilled Europeans (‘Silver’) were treated as inferior to the Americans (‘Gold’). The supervisory/skilled white American ‘gold’ employees were paid in US gold currency, while the black employees and non-American whites were paid in Panamanian silver.

Even after completion of the Canal, black migrants remained isolated in their own districts. Gradually segregation dissipitated and they assimilated with the Panamanians. Government policies also became more inclusive and laws against the West Indians were repealed.

← Religion, Social Life and Education
Illness and Death on the Canal →
Race Relations