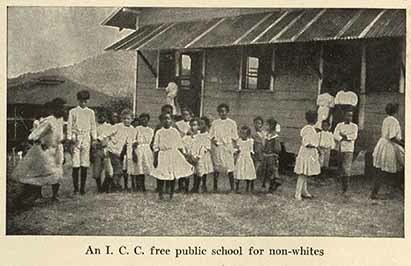 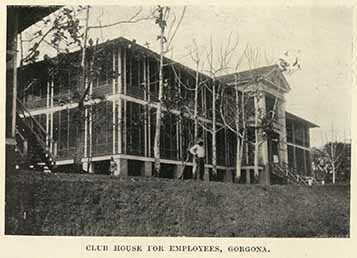 In the beginning of the canal’s history, there were thirteen different congregations of black migrants belonging to the Anglican Church. Subsequently, churches such as the Roman Catholic, Baptist, Methodist Episcopal, the Salvation Army and several non-denominational churches became influential bodies within the community. The churches maintained their own buildings and had freedom in exercising their different religious practices.

Much like all else social life in the Canal Zone was divided along racial lines. Outside of work there were not many interactions between West Indians and White Americans/Europeans. There was also insularity among the West Indians with many nationals hardly venturing outside their nationalities. Neither the Americans nor French showed much interest in providing recreational facilities. However, by the end of 1908 clubhouses for the whites were built in Cristobal, Gorgana, Empire and Culebra. The West Indians organized their own clubs for dances, sports and other events; cricket clubs and friendly societies flourished. But by far, the church was the most influential of groups on non-work and recreational activities for the West Indians.

Though an organized school system was not initially developed, West Indians operated small schools in several places or used their own private homes for administering primary instruction. There were even some who would send their children to West Indian islands to receive an education. Eventually, however, there was the Canal Zone school system. Teachers gained a good reputation on the Canal Zone and were described as being “loyal to their employees, zealous of their professional status and solicitous of the welfare of their students,” (Welderman, 1960). Furthermore, many West Indians operated numerous private schools in Panama and Colón and have been largely responsible for the high incidence of literacy among the people of West Indian descent residing in Panama.