Although her initial recording career was relatively short, Phyllis Dillon played a major role in Jamaica’s musical history and was unofficially crowned “Queen of Rocksteady”. Dillon recorded multiple songs both originals and covers of American pop and soul tunes. The release of "Don't Stay Away" and “Perfidia” respectively, were both huge successes as her sweet and melodious voice captured the hearts of many both locally and internationally, which simultaneously pushed the genre of Rocksteady.

Phyllis Dillon perfoming "Tyet" another of her classics, The Gleaner, 1997

Further major singles that propelled her career included “One Life to Live, One Love to Give,” “I can’t Forget About You Baby” and “Close to You”.  She also did duets with Alton Ellis and Hopeton Lewis. She recorded one full-length album, "One Life to Live", but gave up her musical career shortly thereafter. 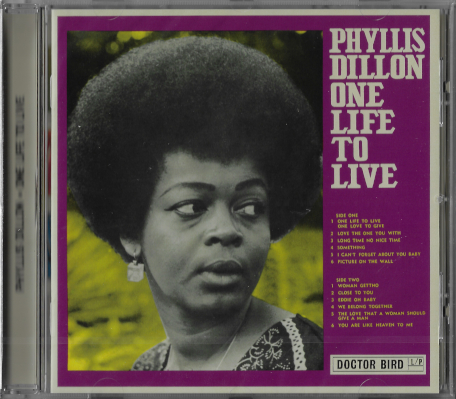 Phyllis Dillon passed away April 15, 2004 and was awarded the Order of Distinction by the Jamaican government in 2009. She remains one of the most cherished singers of Rocksteady and early Reggae.