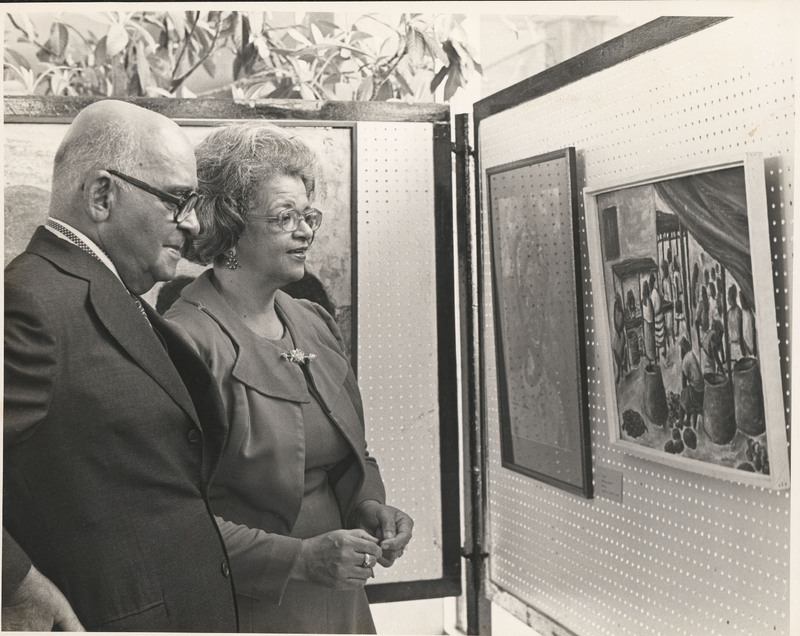 "Jamaican High Commissioner Wills O. Isaacs presenting a trophy to Ivan (Chubby) Cooke, co-captain of the West Indies United Soccer Club, at a dinner held by the club in Toronto and at which Mr. Isaacs was guest of honour. Cooke was voted by his teammates as the most outstanding player in the 1973 season. He is a Jamaican national in his third year with the team. In 1971 he was chosen "Rookie of the Year". Among the awards presented by Mr. Isaacs at the dinner was the Wills O. Isaacs trophy, which was won by Lascelles Dunkley, player-coach and Vice President of the club."