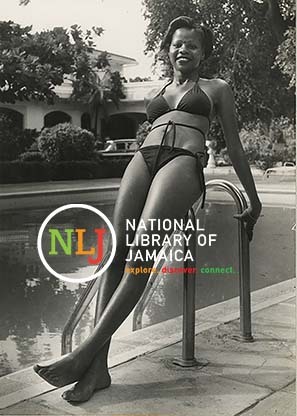 "Lovetta (Jackie) Clarke says that what really makes the sun shine for her is seeing people happy - she just can't take it when those around her look drab and depressed. Originally from Sav-la-Mar, Jackie is a commercial student in Kingston, studying to be a telephone operator and stenographer. Secretarial work, however, will just be a stepping stone to her long-term goal of nursing. She'd also like to do modelling as a part-time occupation.

Seventeen-year old Jackie's hobbies are dancing, cooking and hairstyling, and her special loves are going to the movies and 'people watching'. Her favourite movie stars are Sydney Poitier, Bill Cosby, Philip Thomas, Pam Grier and Cicely Tyson. She loves music, and admires most of our local artistes. She says she has a 'good rap' with Poppa Michigan and General Smiley and admires Rita Marley, Judy Mowatt and Sheila Hylton. Like many of the ladies, she's a 'Mills and Boon' fanatic.

On the national scene, she feels the government should try to get as many children as possible educated, as a "good education will go a long way in preparing them to face the problems of life and help minimise crime."

Another of Jackie's aims, she tells us, is "to settle down and get married, and live a decent, quiet and sober life, with two children." "