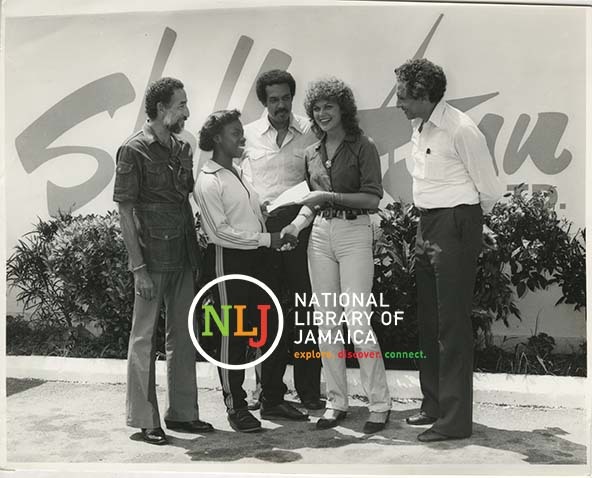 Others in picture are Garth Craig [left] Burke's coach and who will accompany her on her trip, Howard Aris [third from left], first Vice-President of the Jamaica Amateur Athletic Association [JAAA] and Ronnie Nasralla of NCM Limited, the advertising agency for Shelly Ann Limited."