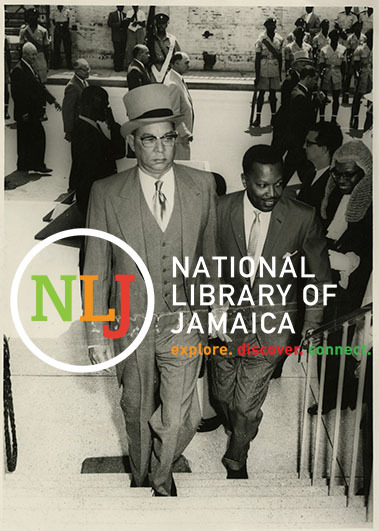 Former Jamaican Prime Ministers, Honourable Donald B. Sangster and Honourable Hugh Shearer, walking towards the Gordon House for the opening of Parliament. In the background is the Speaker of the House beside Edward Seaga, along with other politicians making their way towards the building. Police officers are standing guard.