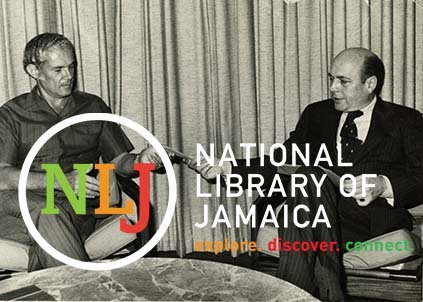 "A letter from Henry K. U.S. Deputy Assistant Secretary of State Harry Shlaudeman, right, paid a courtesy call on Prime Minister Michael Manley at Jamaica House yesterday morning, and is seen here handing him a letter from Secretary of State Henry Kissinger. The two discussed the meeting of Latin American and Caribbean Foreign Ministers which is to be held in Mexico late this month. Jamaica will be represented at that meeting by Senator Dudley Thompson."