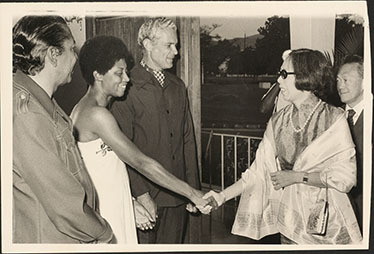 "Mrs. Manley seen as she extends a hand of welcome to Singapore's Lee Quan Yew. Finance Minister David Coore is at left and Prime Minister Manley at centre. Behind Mrs. Yew is Mr. Quan Yew."