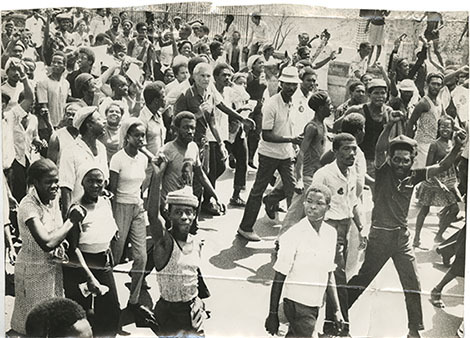 "Stepping: Prime Minister, Michael Manley [centre] stepping with supporters as he arrived to hand in his nomination yesterday. Mr. Manley, the second of two candidates to be nominated for the East Central Kingston constituency in subdued tones wished a peaceful and violence-free election, a sentiment which was reciprocated by Returning Officer, Walter Wynter. Earlier, JLP contestant, George Saunders Ryan Peralto, had his nomination handed in by attorney Chris Bovell."