Bob Marley before flight for tour in United States 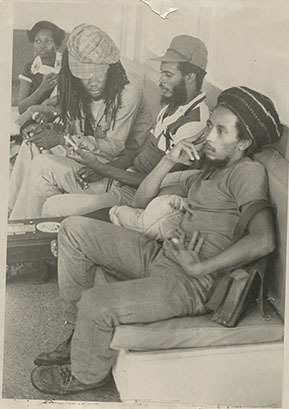 Bob Marley before flight for tour in United States

"Jamaican reggae superstar Bob Marley is caught in a pensive mood as he 'cools out' before boarding his flight yesterday for the start of yet another prestigious music tour of United States cities. Mr. Marley and his band, the Wailers, left the island in pursuit of making fans familiar with the group's latest album - Survival - which has already started making an impact on the music scene with mostly favourable reviews from critics abroad."