St. Elizabeth lies to the south west end of Jamaica, between Manchester to the east, Westmoreland to the west, and to the south of St. James and Trelawny. It originally included much of the western end of the island, but part of it became the parish of Westmoreland in 1703, and a part was carved out to create the parish of Manchester in 1814. The capital is the town of Black River.
St. Elizabeth is one of the largest parishes in Jamaica and was named in honour of Lady Elizabeth Modyford, wife of Sir Thomas Modyford, the governor of Jamaica from 1664 – 1671. St. Elizabeth provides one of the best testimonies of the Jamaican motto – “Out of many, one people”. 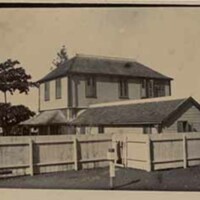 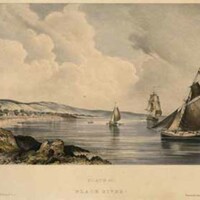 Print depicting ships sailing off the coast of the town of Black River, Jamaica during the colonial period. 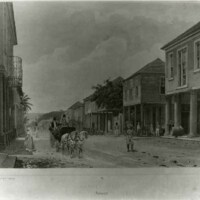 A view of Market Street in Falmouth, Trelawny, Jamaica. Falmouth is the capital of the parish of Trelawny in the North Coast.