Sandra Palmer Smiles as she receives top prize of $3000 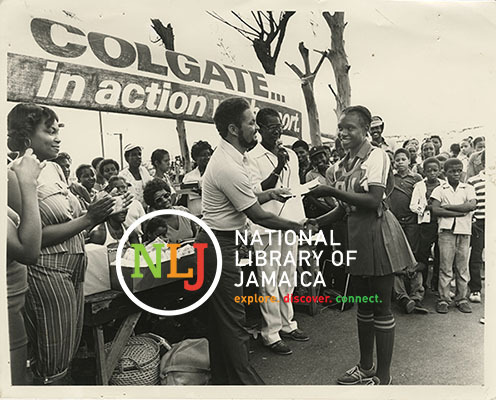 Sandra Palmer Smiles as she receives top prize of $3000

"All smiles: A smiling Sandra Palmer [right] receives the top prize of $3,000 to build their netball hardcourt from Colgate Palmolive's regional sales manager Gerry Chambers after leading Alpha Academy to All-Island netball supremacy in the rally finals at the Stadium courts last Saturday. With mike in hand is JNA's President Barbara Jones while her council member Vilma McDonald [in dark glasses] is seated at left."