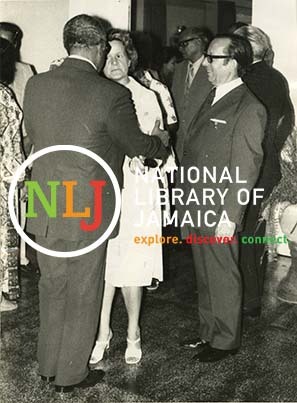 "German Ambassador Kurt Schmidt (right) watches as Governor-General Florizel Glasspole [left] embraces his wife outside the Kings house dining room where the Glasspoles had hosted a luncheon in honour of the Ambassador on Monday. Mr. Schmidt will be returning to Germany after six years service in Jamaica. The German Charge d'Affaires will carry on with diplomatic duties until a new Ambassador is sent."