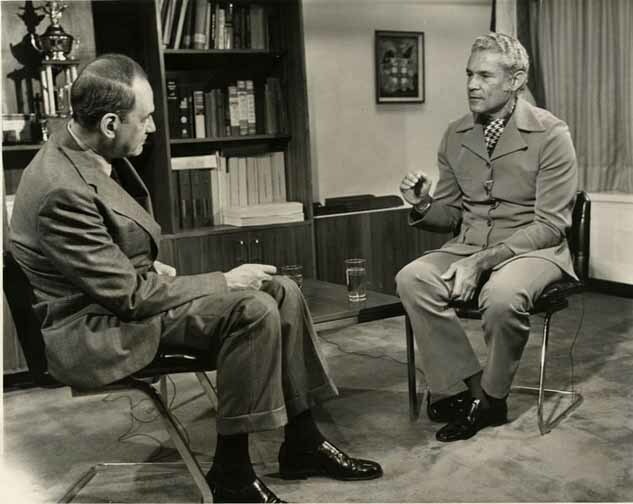 The image shows Michael Manley having a deep discussion with Ed newman. Both men are seated in seperate chairs in an office. Michael Manley, Jamaican Politician who served as Prime Minister of Jamaica from 1972 - 1980 and from 1989 - 1992. He is the 2nd son of Jamaica's Premier Norman W. Manley and Jamaican artist Edna Manley. Michael was a charismatic person who became the leader of the PNP a few months before his father's death in 1969. Michael died of Prostate Cancer on March 6, 1997. He was married 5 times and had 5 children for each marriage.