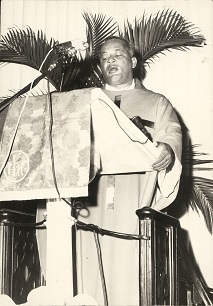 The Rt. Rev. Neville DeSouza is also among those being considered for the post of Anglican Bishop of Jamaica. but JCC sources were at pains to point out that his election as JCC President was not to be seen as an attempt to sway the Anglicans in his favour since his nomination for the Presidency has been made from November 1974."