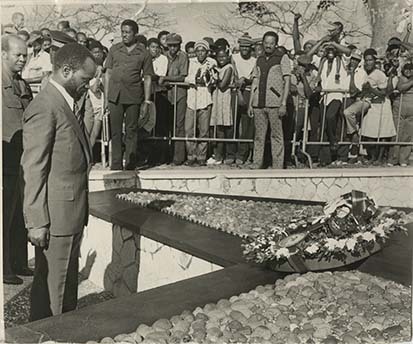 "Mozambique president Samora Machel, freedom fighter and ex-guerilla leader caught in moments of reflection after laying a wreath at the shrine of national hero Marcus Garvey who worked for the freedom of African peoples. In the background some people of a small but responsive crown raised the battle cry "A luta continua" and "Viva Frelimo" during the short ceremony at Heroes Park yesterday morning."