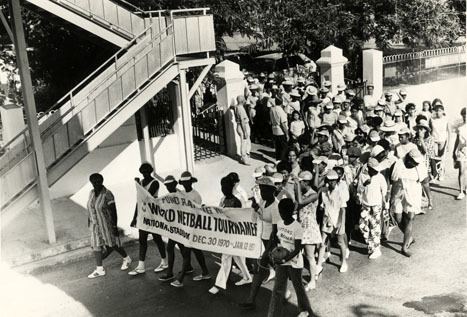 Photographs shows members of the Netball Association headed by Mrs Leila Robinson as they walk to raise funds for the Association to particiapte at the World Netball Tournament in 1971. The group is seen walking behind a banner which reads: 'World Netball Tournaments at the National Stadium on December 30, 1970...' and is being carried by five females. Leila Robinson is out front walking to the right of the ladies.