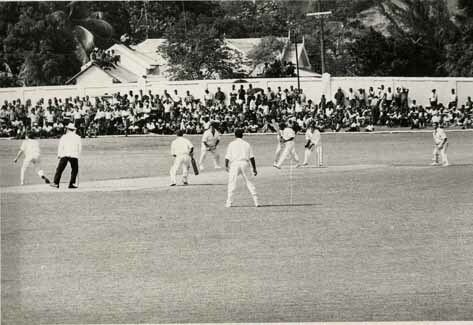 This photograph shows a match between Marylebone Cricket Club (MCC) and Jamaica cricket team in January 1968. It shows a ball been bat and players and an umpire in action. Spectators can be seen at the back of the image. This picture was taken in January 1968.