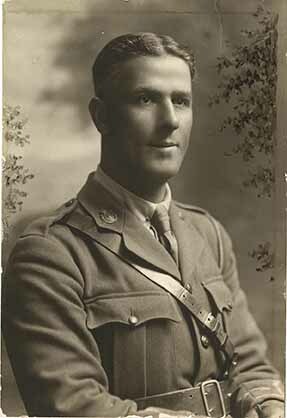 Half portrait of Arnold E. Thompson, 2nd Lieutenant, British West India Regiment, attached to Royal Fusiliers. He was killed in France on the 20th September, 1917.