The National Library of Jamaica's Print Collection consists of pictorial and graphic representation of life in Jamaica and the West Indies dating back to the seventeenth century.

Significant items in the collection include eighteenth century engraving and lithographs by Louis Belanger and James Robertson, and copies of James Hakewell’s A Picturesque Tour Through the Island of Jamaica from Drawings made in the years 1820 and 1821; London, 1825; Joseph Kidd’s, West Indian Scenery;Illustrations of Jamaica, 1833 – 1840; and Isaac Belisario’s Sketches of Character 1837.

City of Kingston, from the commercial rooms 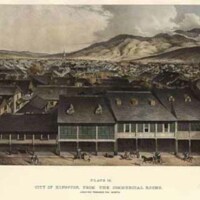 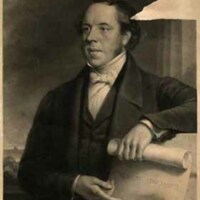 Print depicting the Rev. William Knibb standing with a scroll partially rolled down in one hand. He is dressed in jacket, vest and inside shirt. William Knibb was a Baptist Minister in Jamaica.

Kingston Jamaica, with Newcastle in the distance 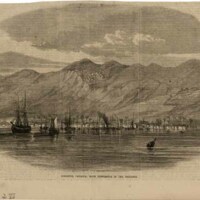 Print depicts a view of Kingston in the vicinity of a harbour where several ships are docked. Newcastle can also be seen in the distance.