St. Catherine, one of the largest parishes in Jamaica, was named after the Queen of Charles II who was on the throne of England when it was formed in 1660. In the first Laws of Jamaica in which the name is mentioned, it was spelt “Katherine.” St. Catherine as we know it today was not always as large. In 1867, Law 20, the number of parishes was reduced from 22 to 14. The boundaries of St. Catherine were expanded to include the former parishes of St. Dorothy, St. John and St. Thomas in the Vale.

For more information on St. Catherine, visit our website at: http://nlj.gov.jm/history-notes-jamaica/

A small house in Spanish Town 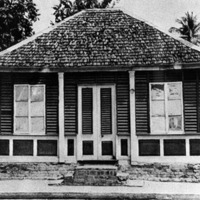 View of the front of a small dwelling in Spanish Town, St. Catherine. 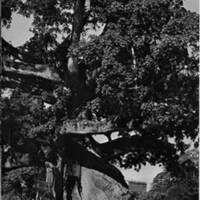 Image of the massive cotton tree widely known as Tom Cringle's Cotton Tree. It was named after a character in a popular 19th century novel entitled 'Tom Cringle's Log' (Michael Scott, 1834). This ceiba or silk cotton tree was located in front of the…

Kapo poses with one of his sculptures.